Olmsted Woods and the Pilgrim Way

The Olmsted Woods are the last vestige of an extensive oak and beech forest on Mount St. Alban – now the site of Washington National Cathedral and the three Cathedral Schools. The Woods include a stone footpath, the Pilgrim Way, a contemplative circle, native wildflowers and shrubs, and a host of migratory birds.

The Woods are named for Frederick Law Olmsted, Jr., who was asked to look at the grounds in 1907 and later became a principal designer of the Cathedral Close. In a talk given in 1919, Mr. Olmsted spoke about the “great charm of approaching the Cathedral through and up a wooded hillside, leaving the city far behind and below. Helping one to forget the hurly-burly and busy-ness of a work-a-day world must be taken advantage of to the fullest extent.”

In 1955, the Cathedral received the Founder’s Fund Award of the Garden Club of America (in the amount of $1,500) for the creation of the Woodland Path, known as the Pilgrim Way, in the Olmsted Woods. The restoration of these woods from 1998-2008 removed invasive species, slowed stormwater runoff, and improved circulation to create the urban oasis it is today.

Following Olmsted’s vision, the Pilgrim Way begins near Garfield Street and Pilgrim Road – where the Margaret Sturgis Suter Memorial Portal is located. A stone pier at the portal contains a plaque inscribed: O Go Your Way Into His Gates With Thanksgiving And Into His Courts With Praise – This Portal And The Adjoining Portions Of The Pilgrim Road Gratefully Commemorate A FaithFul Friend Of The Cathedral Family Margaret Sturgis Stuter 1894-1949. Margaret Suter was the wife of the Very Reverend John W. Suter, Cathedral Dean from 1944-1950. Early designs included a wall surrounding the Cathedral Close with twelve portals.

From the lower edge of the Woods at Garfield Street, the Pilgrim Way winds through the Olmsted Woods to the George Washington equestrian statue that stands near the bottom of the Pilgrim Steps. In the winter and spring the Cathedral’s towers can be seen along the way through the trees. In April, daffodils, and Eastern redbud trees provide bright spots of color. The tree canopy dampens the noise of the city and provides cooling shade in the summer – when wildflowers are in bloom. Autumn colors of the oak, beech and maple trees brighten the Olmsted Woods during October and November.

Leaving the Olmsted Woods at the top of the Pilgrim Way turn to the left toward St. Alban’s School. The Robert C. Morton border is located along Pilgrim Road between the George Washington statue and the entrance to the All Hallows Amphitheater.

Go to the Morton Border 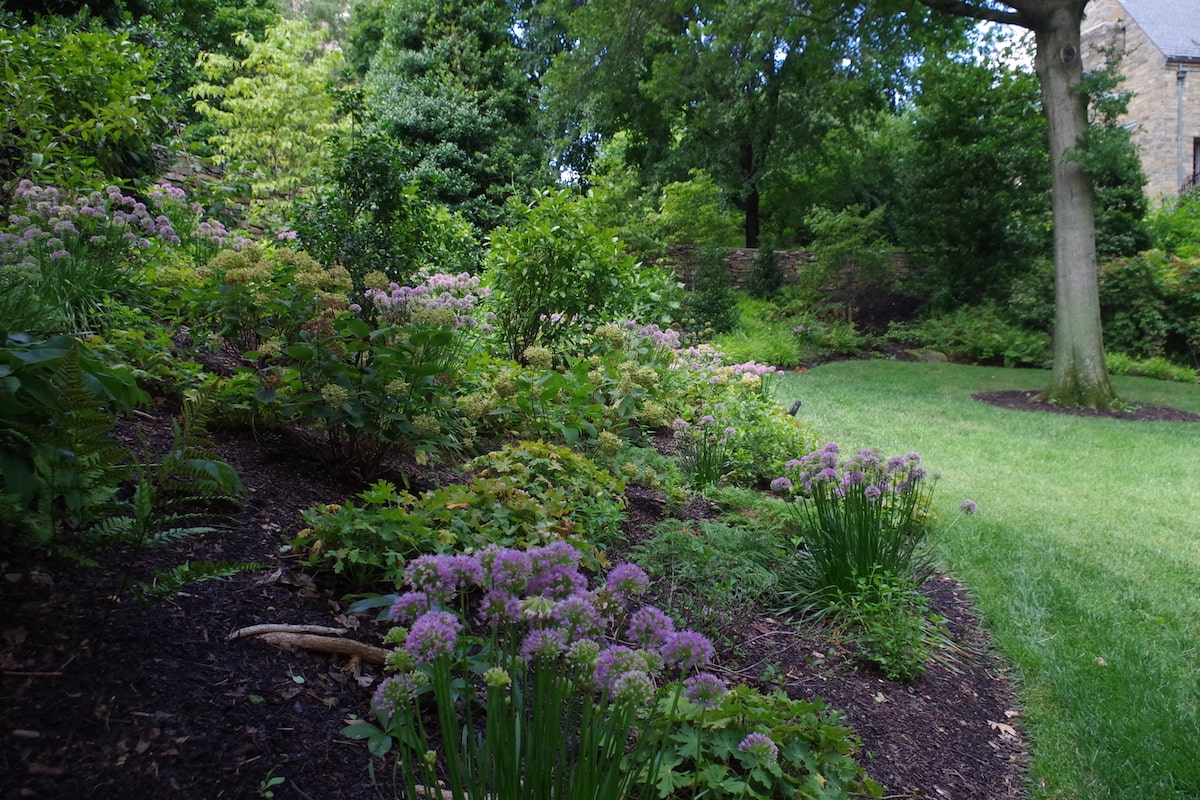